Recent protest by China regarding PM Modi’s visit to Arunachal, and the border violation attempts may seem to be normal and routine. However the tone and tenor of recent protests, combined with the increased frequency of transgressions (according to official statistics, there were 415 border violations in 2017 with 216 of them leading to face-offs between the troops) tells a different story and arguably reveals that, these are deliberate and well thought out strategy adopted by Beijing as part of their three warfare strategy.  Apparently China perceives that, keeping the border issue alive and kicking would hinder India’s rise, keep India on the tenterhook, and would dissipate India’s potential to challenge China’s expansionist and hegemonic agenda. The narrative of a rising democratic India would also counter the Chinese model of development which the authoritarian regime of China is trying to sell to other poor and developing countries. 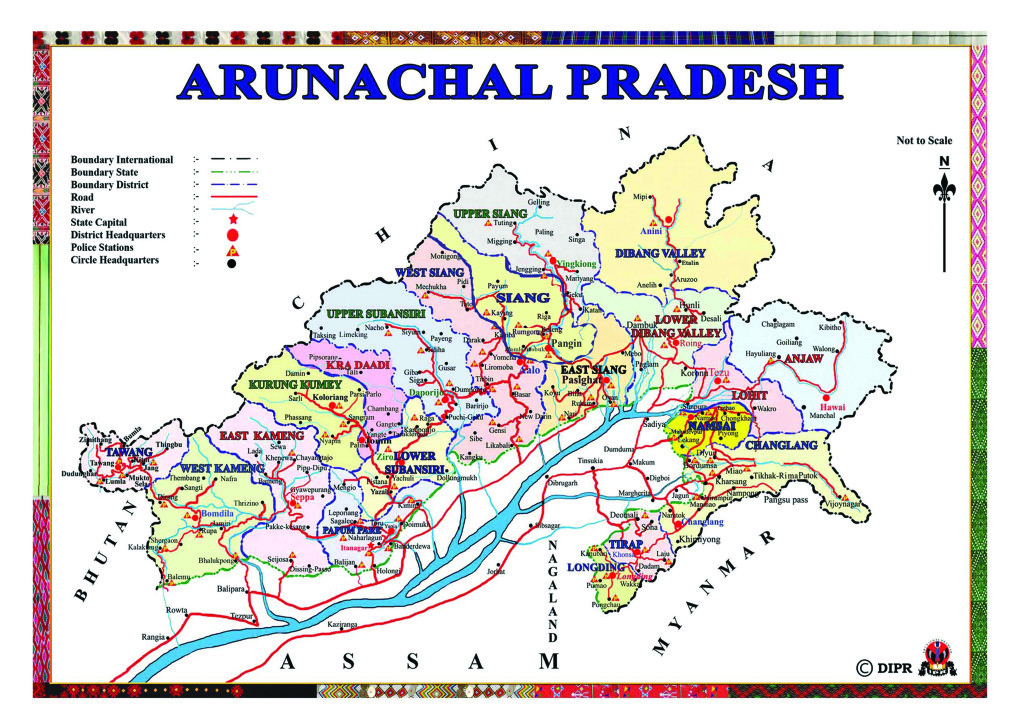 These protests have come in continuation of protests during Defence Minister’s visit earlier in Jan 2018, and Beijing making a statement that, “they do not acknowledge existence of Arunachal Pradesh”, in response to India’s protests against China’s recent incursion in Siang district of the State, in their road-building spree. In the same vein they claim Arunachal to be part of South Tibet. If the state is part of South Tibet, then how do they not acknowledge its existence? Why was a “packaged drill” proposed by Deng Xiaoping, which envisaged India retaining Arunachal Pradesh in exchange for Aksai Chin in Ladakh? Why is China always declining to exchange maps, which should be the basis of any meaningful negotiation to resolve border dispute. Why Chinese troops were not present in Arunachal Pradesh after the unilateral declaration of ceasefire in Nov 1962 ceasefire, even when PLA had pushed into Indian Territory up to their claim lines? Going back in history, why, inspite of requests made by the British India in 1848 to delineate the India-Tibet border, Imperial China deliberately chose to leave it unresolved? Why was Chinese representative present in the tripartite agreement concluded at Shimla in 1914, when the McMohan Line was drawn? Even later, when the Republican Govt of China backed out from ratifying this agreement, why there was no clear cut suggestion regarding border demarcation by China, and there was also no mention of the area by China in that period. Since it was never an issue between China and India, India, after independence defined her border by tradition and usage and habitation. Incidentally most of the areas between the Chinese Claim line and the  Ardagh-Johnson line, McCartney-MacDonald Line in the western sector and the McMohan line in the eastern sector are inhabited by Indians. In addition to its claims in various sectors to include 90,000 Sq Km of Arunachal Pradesh, China is also in forcible occupation of Indian territories in Pamir-Shaksgam (5,180 Sq Km), Aksai Chin(38,000 Sq Km) and small pockets of territories in North-Eastern sector.

In dealing with border issues China first resorts to giving hype to its claim, reinforce the same time and again, then quote these claims and rhetoric as historical evidence, resort to creeping migration, and then bargain at give and take on territory which has never been theirs.  Deeper deliberations on china’s recent hype on Arunachal, and calling it part of South Tibet, indicate towards certain hidden agenda. The logistics support bases built in Southern Tibet, disproportionately enhanced border incursion attempts, Beijing’s intransigence over the border issue has more to do with China’s hegemonic designs, the growing assertiveness just being a symptom, and India has to live with it. Border talks, agreements and logical arguments would not help resolve the border disputes with China. India in order to prevent Chinese misadventure, has no other options but to strengthen military preparedness in these area, improve infrastructure, ensure close monitoring of Chinese activities towards creeping migration, carry on with own economic and political activities without paying any heed to China’s outrageous and illogical protests and be absolutely correct in putting forth own arguments without resorting to any rhetoric.